Is God on My Side? 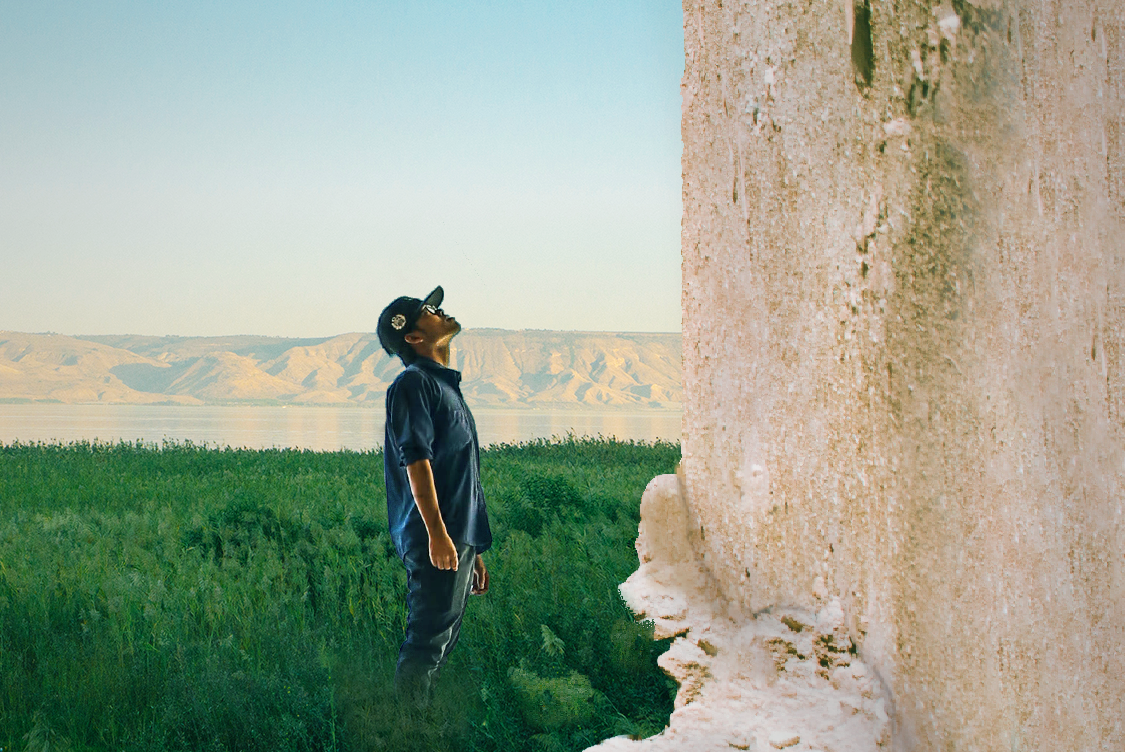 Have you ever asked yourself? “Is God on my side?” If you have, you aren’t the only one. In fact, Joshua, the leader of Israel, once directly asked Christ this question face-to-face. These face-to-face talks where Christ met people as Angel of the Lord were rare, they only happens a couple of times in the Old Testament and, because of this, these passages have great significance. Surely God would not come to earth as the pre-incarnate Christ if it were not for a message that was truly important. Today, I’d like to look at how Christ answered Joshua, so we can find the answer to our question, “Is God on my side?”

The Context of the Passage

To properly understand this event, we must consider the context which surrounds it. After Moses’ spies came back with a bad report and discouraged the people from entering the land of Canaan, God responded by making the Israelites wander in the wilderness for forty years until all people of warring age died off and a new generation grew up to take their place. During this time, God provided for the Israelites and protected them, but the promised land was off limits to them.

Our passage follows the conclusion of this era. The older generation has died off and the younger generation is now old enough to enter Canaan. Moses has passed away and Joshua has taken his role as the leader of Israel. A great change has occurred, the phase of wandering has come to an end, and an era of conquest is about to begin. They have just received instruction by God to enter the promised land and miraculously crossed the Jordan River on dry ground. Now only a few things remain before conquering the promised land. They must recommit to God and follow the covenant they made with Him. To do so, Joshua circumcises all the men and celebrates Passover. It was the first time they celebrated Passover in the promised land, and the first time they had celebrated Passover in many years.

A short while later, Joshua went for a walk near Jericho. He was likely nervous about the upcoming battle since he had been told to enter the land, but had no instruction from the Lord on how he would be able to conquer Jericho. Jericho was highly fortified, and likely the most well-defended city of the Canaanites. Its absolutely massive walls protected it from almost any assault, and this must have made Joshua quite a bit nervous. He was likely there to look at the walls in order to formulate a plan. But he probably ended up just walking by as he wondered how in the world God was going to get him inside.

We enter our story in Joshua 5:13, where Joshua looks up and suddenly sees a man facing him with a sword in his hand. Joshua doesn’t consider anything strange about the appearance of the man. He does, however, take concern with the man’s stance because the man stands with His sword drawn for an attack. This concerns Joshua since he is alone near a city he wishes to conquer and faced with a person who may want to end his life before he’s a bigger threat to the city.

Seeking to deescalate the situation,  Joshua asks the man our question in verse 14, “Art thou for us, or for our adversaries?” One would expect that Christ would have answered, “I am for you, Joshua,” but this is not what He says. Instead, Christ responds, “no,” meaning, He claims to stand for neither Jericho nor Israel. He does however state that He has come as the commander of the Lord’s armies. Joshua, as a man of God, responds with immediate worship. He falls to the ground and prepares himself for a message from his Lord.

Joshua obeys, he removes his sandals and prepares to hear what the Lord has to say. In Joshua 6:2, Christ begins His instructions with, “See, I have given into thine hand Jericho, and the king thereof, and the mighty men of valour.” Christ tells Joshua that He will fight the battle for Israel. What a relief! I’m sure Joshua was happy to hear that! Almost everyone is familiar with what happens next, Christ instructed Joshua to walk around Jericho for seven days and on the last day to blow the trumpets and shout so the walls would fall down. Joshua and the Israelites do as they are told and they are victorious.

It may look like the purpose of Christ’s appearance is obvious. Clearly, God showed up to Joshua so he could hand over Jericho and show all the nations that God was fighting for Israel. That has to be the purpose, right? Actually, no. Remember, Christ just answered “no” when He was asked if He was for Israel.

The Significance of Christ’s Answer

When Joshua first experienced this event he was surely provided with reassurance that God would grant them the victory they desired. The plan may have seemed illogical from a human perspective, but seeing Christ with his own eyes would definitely have provided him with confidence. God was going to fight their battle for them, what more could you ask for? In his excitement, Joshua likely allowed the initial “no” response to quickly leave his mind.

So why did God respond with “no” when he asked if He supports them? It is an unexpected response for the general reader, but it’s honest and accurate. The problem is that Joshua asked Christ the wrong question. It was not about whether or not the Lord of Hosts was on Israel’s side, but whether or not Israel was on the side of the Lord of Hosts. When Joshua went before Jericho, God fought for him because Israel had followed His command to be circumcised and followed His instruction for Passover. However, in the very next chapter when Joshua went to Ai for battle, God did not fight for them. Instead, they were humiliated and defeated by a smaller army that was weaker than them. Why is this? Because Achan disobeyed the Lord and took loot from Jericho. Because of Achan’s disobedience, Israel chose not to side with the Lord and, as a result, the Lord allowed their enemies to overtake them.

Christ, was correct in answering, no. God is not for any individual or nation, but for those who followed Him. Joshua would only see help from Christ when he and his people chose to obey the Lord. While we see God fight many battles for Israel in the Old Testament there are times when He fights against Israel due to their sin. He fights against Israel in 2 Samuel 24 because of David’s sinful numbering of the people in. Again He harms Israel in Isaiah 3. 3:1, which states it clearly, saying “…the LORD of hosts, doth take away from Jerusalem and from Judah the stay and the staff, the whole stay of bread, and the whole stay of water,” and verse 8 gives the reason, ‘because their tongue and their doings are against the LORD…”  Jeremiah 21:5 also specifically states that God would fight against Israel when God says. “And I myself will fight against you with an outstretched hand and with a strong arm…”  So we can clearly see then that Joshua’s question was incorrectly focused. The Lord is not for any single group, however, any group can choose to be for Him. The takeaway of the passage was not that God was on Israel’s side, but that God was giving a charge to Joshua to ensure he and Israel were on God’s side.

What Christ’s Answer Says about God

God could not support Israel unless they continued to follow Him. God is righteous and holy. He is just and must punish sin. He answers that He is not on Israel’s side, because His divine nature cannot allow Him to be unconditionally for them. As Acts 10:34 says, “God is no respecter of persons” He does not favor one man over another just because of who they are or what people group they descend from. Each time God favors someone in Scripture it is because they have favored Him. God made a promise to Israel and He will keep it. There will always be a remnant left to fulfill His promise, but His total defense of Israel is dependent on them following Him. God is for the righteous by the nature of his purity, and He cannot lift up the wicked, proud, and idolatrous for that same reason.

In Joshua 5, God came to remind Joshua of the deal He had made with Moses. “You follow Me, and I will fight for you; you forget Me and turn from Me, and your enemies will overtake you.” While a quick glance may make one think it is about God’s unending support of Israel, it is truly a moment meant for Joshua. God appeared to Moses in a burning bush and later showed his glory to him to strengthen him. Here the Lord of Hosts appeared with a sword drawn at attention ready to strike. A healthy fear of the Lord was presented to Joshua, but also an encouragement to Joshua that, if he followed God, God would fight his battles.

An Application for Today

This event is a reminder to Christians that God cannot bless those who stand against Him. Living a life of sin will bring correction. God’s righteousness requires it. But on the other hand, following God and living righteously brings blessing. Romans 8:28 tells the believer, “And we know that all things work together for good to them that love God, to them who are the called according to his purpose.” A Christian can know God will fight his battles if he walks with God. Yes, one should have a healthy fear of God’s correction, but to those who do right, God’s promise is not a threat, but hope for future blessing and provision.

God presented Himself to Joshua to provide an important message. The message was clear to him, just as it is to Christians today. Christ protects His own. Just as Christ helped Joshua defeat the seemingly insurmountable walls of Jericho. Christ can also help believers overcome the hardships and trials in their life when they choose to walk with Him. So today, instead of asking if God is on your side, ask yourself, “Am I on God’s side?” Because if you are for God, God is for you.