“And because ye are sons, God hath sent forth the Spirit of his Son into your hearts, crying, Abba, Father.” – Galatians 4:6

Abba! This was the cry of Jesus in the garden of Gethsemane, moments before the betrayal of-of Judas Iscariot which eventually led to His substitutionary death on the cross. Abba is a Hebrew word, a word familiar to every Hebrew child, it was simply used to address one’s father. It represented a person in leadership, a person whom you can unwaveringly trust, and a person with whom you held a personal relationship. Abba, it is the word used by David when he said: “Like as a father pitieth his children, so the LORD pitieth them that fear him.” Abba, the word used by Isaiah when he said: “Thou, O LORD, art our father, our redeemer; thy name is from everlasting.” Abba, the word God Himself uses when He says “Thou shalt call me, ‘My father’; and shalt not turn away from me.”

Abba, “My Father,” what a beautiful word. Today we’ll be looking into Galatians and see how through God’s grace we are able to cry “Abba!” In this passage, Paul is explaining the “adoption of sons.” The process by which God adopts us as His children. Many of us have a basic understanding of this “Adoption” and most of us have probably heard it in a message or two, but rarely have I personally heard this adoption expounded upon in detail, so that is what I wish to do today.

The first thing we need to remember is that the Bible wasn’t written in our modern age, it was written in the past, which means we must look at things as they were in the time written and not as they are now. You see, in first-century Roman culture, adoption meant something slightly different than what it means today. This is clearly visible in the passage once you know about it, but it is easy to miss if you don’t have a bit of Roman history. So let’s go get that piece of Roman history so we can truly experience this passage. The piece of history we need to know is the Roman law “patria potestas” which means “power of the father.”

The “Power of the Father,” states that a Roman father has absolute control over his children. This means that whatever the child owns belongs to the father. This includes land, any personal legal rights, and even the child’s own life. This is how the Bible references it in Galatians 4:1-2

“Now I say, That the heir, as long as he is a child, differeth nothing from a servant, though he be lord of all; But is under tutors and governors until the time appointed of the father.”

We all know that God has absolute control over His creation, this is something we accept. God has the “Power of the Father” as the creator of all. This means when it comes down to it God owns everything: all the land on the earth, our human rights, and even our right to live. And let’s not forget to mention that God has been overly gracious with us, allowing us to exercise our rights freely, live, and enjoy material things. As the verse points out children in Rome had the same exact rights as a slave. And in most of the Romans eyes, there really wasn’t a difference between a child and a slave even if you were a true son. The only way you could gain your rights as an individual was for the Father to “adopt you” as his legal heir officially in the “adoption of sons” ceremony which would typically happen after you finished your education. So Paul uses this process as an analogy for salvation.

“Even so we, when we were children, were in bondage under the elements of the world:”

Now we need to clarify something not dealt with much in church. Something that, despite sonship being used as an analogy frequently throughout Scripture, gets neglected. It’s a topic Paul brought up way back in his plea to the Romans at Mar’s Hill.

“For in him we live, and move, and have our being; as certain also of your own poets have said, For we are also his offspring.”

There are 2 ways God can have a paternal relationship to us:

So whether or not someone believes in God He is still their Father one way or another. The question is whether or not they have received an adoption as a son. We can see that Paul is making a comparison between these two types of relationships in this passage: “That the heir, as long as he is a child, differeth nothing from a servant.” Meaning that although man is the offspring of God, he is not a son until he is saved, and in turn, he is no different than a slave. Paul says “we, when we were children, were in bondage under the elements of the world:” these unsaved children were slaves not to the father, but to the sinful ways of the world. And just like in the Roman system, the only way out of the slavery-like position was to be officially adopted as a son by the Father.

The end of the previous chapter (Galatians 3) states this fact: “the law was our schoolmaster to bring us unto Christ, that we might be justified by faith.” Just as the Roman child had to have his education before being officially adopted as a son, so does God’s offspring. Paul reveals that the Law, God’s moral guidelines, were put in place as a teacher to teach us of our need of Christ’s saving power. Back to Galatians 4:

“But when the fulness of the time was come, God sent forth his Son, made of a woman, made under the law, To redeem them that were under the law, that we might receive the adoption of sons.”

So Paul is saying that when Jesus died on the cross for us, He made the adoption of sons possible. By realizing how much we fall short of the Law’s standard and accepting how desperately we need Christ’s salvation, we complete our “education” and “receive the adoption of sons” through faith to become an official son of God!

“And because ye are sons, God hath sent forth the Spirit of his Son into your hearts, crying, Abba, Father. Wherefore thou art no more a servant, but a son; and if a son, then an heir of God through Christ”

Abba! Abba! My Father! No longer is the individual just an offspring; he is a son and freed from his slavery to the world and given his rights as an heir! And it gets even better! Unlike in our legal system, in Roman law, the father did not have to die for the son to receive his inheritance. Instead, at the moment of receiving his sonship, the son became a joint-heir of all his father goods. (This is why the prodigal son was able to take his inheritance and leave his father’s house while his father was still alive.) Because of this, we are currently joint-heirs of God. Romans 8:17 says “And if children, then heirs; heirs of God, and joint-heirs with Christ.” We share an equal inheritance with Christ, what an honor!

I don’t know about you, but I have an amazing Father. Though I am unworthy to cry out “Abba!” God has freed me from my slavery, adopted me as His own, made me a joint-heir with Christ and given me that right to call him “My Father.” While we honor our earthly fathers today, let’s not forget to honor our heavenly Father and remember His work in allowing us to be adopted as His sons. 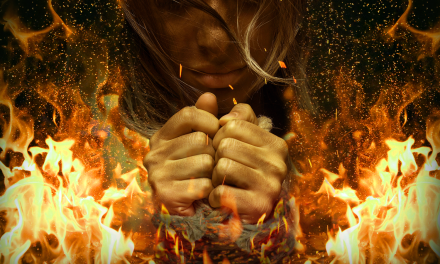 The Fiery Furnace: Freedom in the Fire